Initiated in 2009, the Donald Phelps Christmas Grant (DPCG) is an endeavor of Christmas Décor of Harrisburg. Each year, a deserving member of the community is selected from nominations, to have the exterior of their home lit and/or decorated for the holidays free of charge. Candidates for the DPCG may be nominated by any member of our community who would like to recognize a friend or neighbor who deserves a helping hand and a useful honor.

The DPCG is not a conventional philanthropic gift or donation and it can not necessarily be awarded under the same criteria as one. Utopian Landscapes looks to help individuals or families who are considered deserving based upon personal hardships, financial or merit conditions depending on the situation. Anyone familiar with the program may nominate any community member who is facing exceptional hardships and could stand to use a helping hand. The annual winner of the DPCG is chosen from the nominees by a committee including the president, investors, and customers of Christmas Décor by Utopian Landscapes.

The DPCG is named in memory of Donald Phelps, the late grandfather of Christmas Décor by Utopian Landscapes president, Nikos Floros Phelps. Donald Phelps, better known as ‘Pappou’ to his grandson, was a man who truly loved the holidays and what they represented – a time to celebrate with family and friends. In the summer of 1993,

Nikos and his grandparents went on a trip out West together. Shortly after returning, his Pappou lost his battle with pulmonary fibrosis at the age of 68. The family told Nikos that his Pappou had held on for this trip because of how important it was to be with family. The gesture was one of the best gifts anyone could have ever given and is part of the inspiration behind this award.

The style and appearance of the Holiday Lighting is clean-cut and precise – exactly as Pappou would have liked it. The DPCG became a reality thanks to the actions of a client who had purchased Holiday Lighting services for a neighbor whose parents had lost their house in a fire and whose daughter was chronically ill, in an effort to ease their burden during the holiday season. 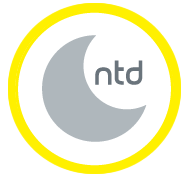